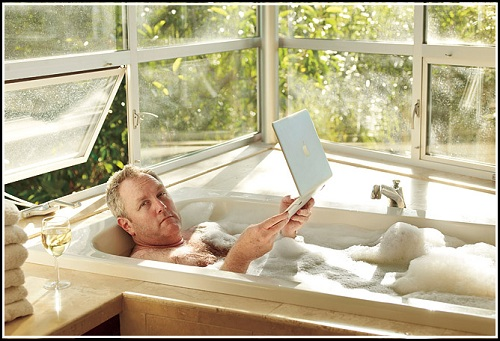 Charles, you have never been glib.
Inane, hyperbolic, petulant, self-absorbed and flippant? Always. 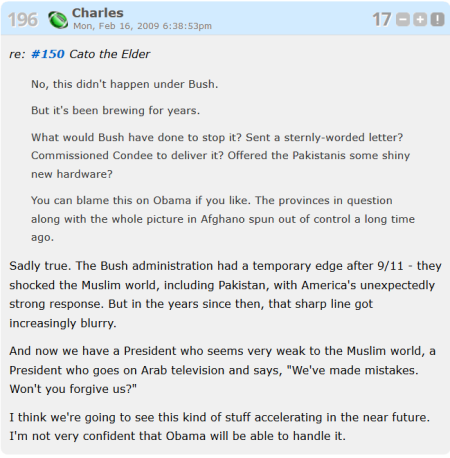 While wading through the LGF Archives for something entirely unrelated, I found this tidbit, and it’s somewhat relevant to current events.

Charles was referring to some people (and Jenny McCarthy in particular) who erroneously believe measles vaccines cause autism in children. Besides having to explain herd immunity to the unwashed lizards, he proves that he doesn’t know diddly about the Dark Ages, and seems to think that vaccines were available in that era.

“Some English historians will say if there is any kind of
‘Dark Ages’ in medieval history, it is during the earliest part of the Middle Ages, right after the fall of Roman power in Britain around the fifth and sixth centuries. Its a period that has few surviving written sources, so we don’t know very much about what happened then.”

That’s the generally accepted definition of “The Dark Ages,” a period in medieval times that have few written records, but you all knew that. I noticed that Charles refers to them often, and usually out of context, so perhaps a visual exhibit might be in order:

Charles, your knowledge of The Dark Ages seems limited to Monty Python movies, so you might want to read up a bit. 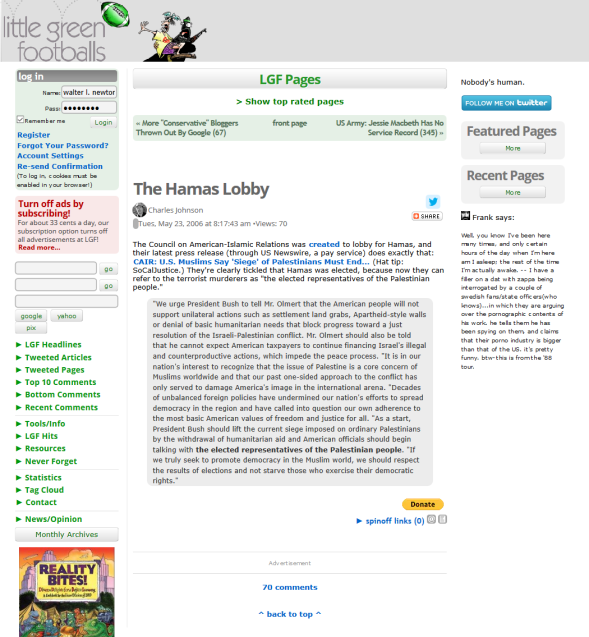 Very coincidental topic given the recent attacks by Hamas.

The first link in the post goes to the Middle East Forum:
CAIR: Islamists Fooling the Establishment
The second is a link to a long-gone U.S. News Wire story. Images courtesy of BRC Engineer Nil Stooge (RIP).

And 30 hours later it all pays off.

All screencaps courtesy of the BRC Archives.

Charles Johnson has been using the term “The Big Lie” for years. 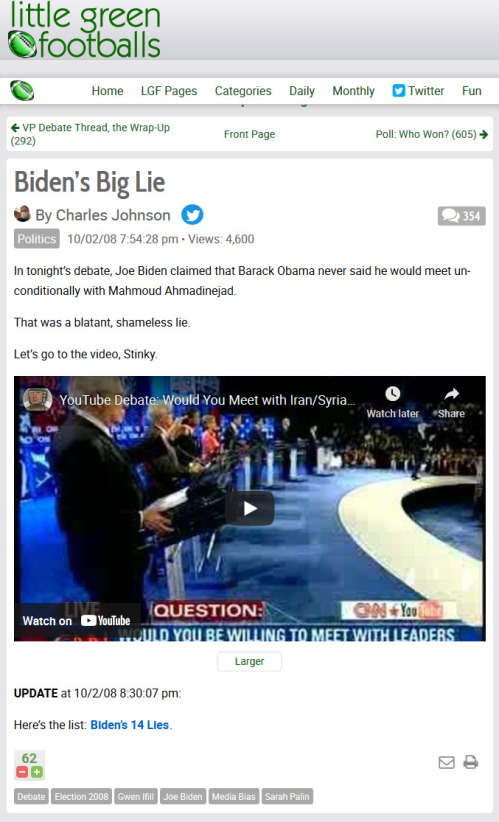 The update link to “Biden’s 14 Lies” directs to AoS. 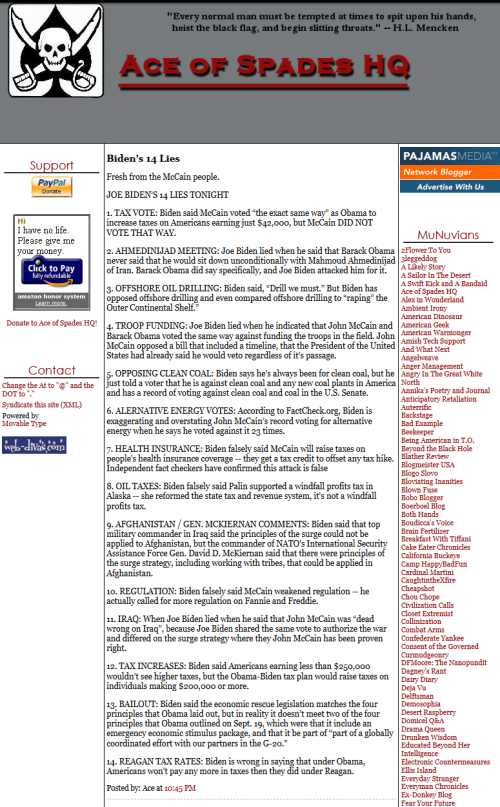 “Greenwald’s fans are still repeating ugly lies about me.” Except they’re not lies. 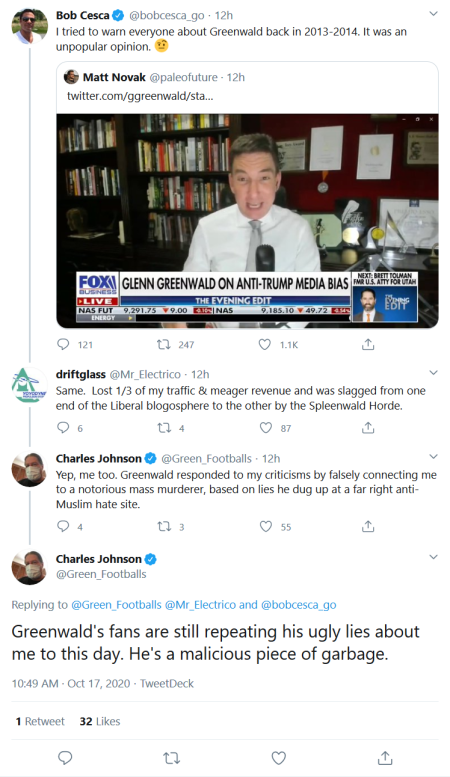 LOLOLOLOLOOOOL! OMG CHARLES WHERE DO WE START?!

First of all, Diary of Daedalus has never been a “far-right anti-muslim hate site.”

Secondly, regardless of your opinion of Glenn Greenwald‘s politics, at least he’s honest about his reporting and has written many unbiased stories, backed up with verifiable facts. Charles Johnson has been envious of him for decades, and his “criticism” of Greenwald amounted to almost non-stop harassment on Twitter. No debate, just insults and name calling, and Greenwald had enough.

Now for the third point. The mass murderer Charles doesn’t name is Anders Breivik, the Norwegian monster who perpetrated the 2011 Oslo terrorist attacks. The world was shocked.

Breivik had also written a “manifesto,” a rambling dissertation that listed those he admired and who influenced his opinions. Think Progress, a far-left website (now defunct), created a bar chart with names of people mentioned in Breivik’s manifesto, with the number of citations. All those people were well-known for their aggressive opposition to radical islam and muslim terrorism and its proliferation around the world.

Within hours of the Oslo Massacre, Charles Johnson began pointing fingers at those on the Think Progress chart and accused them of being responsible for the acts of a madman. Once the Manifesto was made available, we obtained a .pdf copy, and noticed someone missing from the list of Breivik’s heros and influences: Charles Johnson & Little Green Footballs.

We took the .pdf, converted it to MS Word, did a simple word search, and added the data omitted by Think Progress. These were the results, easily verified by anyone. Both charts are based on the same data. 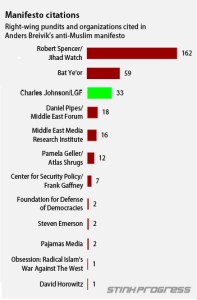 Charles Johnson, after blaming everyone in Breivik’s manifesto as culpable for the atrocity, found himself near the top of the list of the very same people he condemned in July 2011.