The Culver City Mosque & A Visit To The Memory Hole 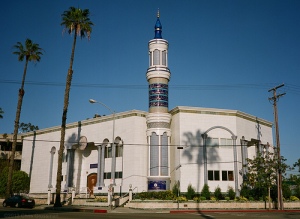 The Culver City Mosque is named after King Fahd (d.2005), a moderate muslim who only wanted all Jews to be exterminated, Israel wiped off the globe and all infidels to die, but because he he supported the defeat of Saddam Hussein during The Gulf War (financially and otherwise) he was a really nice guy. END_OF_DOCUMENT_TOKEN_TO_BE_REPLACED