You’re not funny, Charles, but this is: 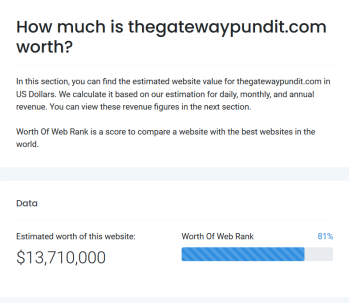 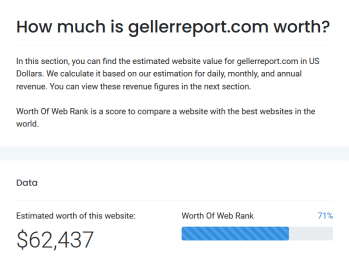 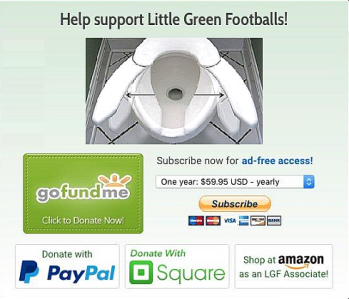 For most people, the OK sign means, “Okay.” When the universal symbol for well being is misconstrued and coopted to imply a white-supremacist neo-nazi meme, it often defaults to “Charles Johnson is a flying asshole.”

Then I saw this response.

Then I saw this: 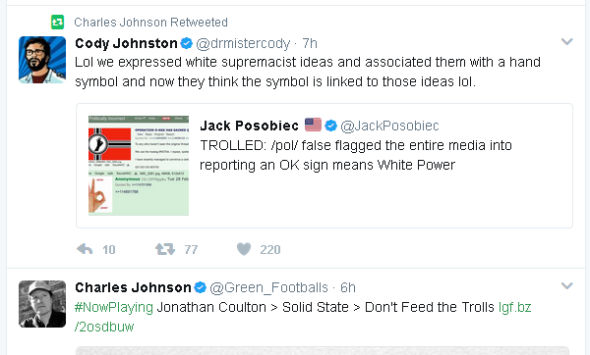 Which led me to this:

And I laughed, because it obviously stands for The Washington Post. Maybe it stands for WordPress, War Pigs, or Wanker Pumpers. Charles Johnson retweeted all of that inane garbage because it’s in his Truth Serum.

Then I saw this. 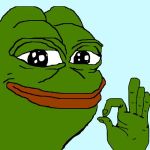 We’ve seen this story before.

We’ve seen this story before. The media can’t wait to blame white people en masse for an atrocity perpetrated by a lone psychopath, whose father abandoned him and whose mother is apparently a basket case.

Charles Johnson can’t wait to put the blame on someone who had absolutely nothing to do with it.

Remember your honkification of George Zimmerman, Charles? We do… as if it matters.

And btw, Charles, Jim Hoft‘s got nothin’ on you. At least he never tried to redefine the word “bogus.”

I wrote that in Gullah because Charles Johnson believes that’s how all Southerners speak (including Californians south of Culver City) and that they’re all racists because of regional dialect. By definition, this is called bigotry.

But here’s the latest from Alexa, LGF by itself, showing traffic ratings for the last 6 months: 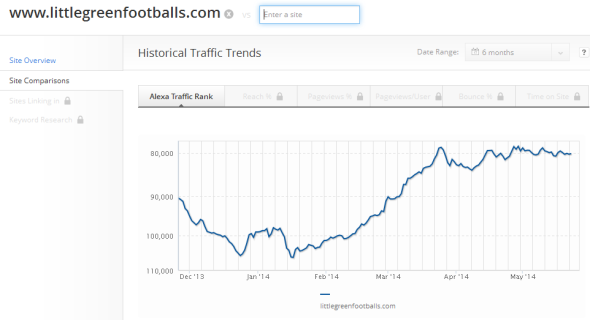 By the end of December 2013, LGF’s traffic dropped to a new recent low, and ALEXA ranked it about 106,000th based on traffic. Since then, LGF bounced back to almost 80,000 within 90 days of bottoming out. Good job, Charles!

That graph means nothing on it’s own, so let’s compare it with those others who began blogging about the same time. Let’s add and compare a few of Charles Johnson’s peers from the early days.

Charles,  we suggest you start a line of Big Boy Shorts and hawk them on Amazon. Put a bigass green embroidered ass patch on ’em and sell them in the Target parking lot at  a discount.

Yep, that’s “Stinky Beaumont” with his banning stick circa 1862. Meanwhile there’ve been some folks here axing for graphs, so we plugged some pertinent info into Alexa only to find that their stuff is now a mess.

No way no how is Charles Johnson’s Little Green Rumpswabs close to 100K over that span. Alexa‘s got some splainin’ to do.

Aside from the  Alexis Y-Axis Error, Pamela Geller and Jim Hoft are kicking ass on Charles Johnson, and they’ve got a lot to kick.

Who is the Stalker?

The Corpulent Jabba the Hut clone calls anyone who criticizes him a Stalker. Reading his blog, clearly he is projecting his stalking onto others. He is obsessed with Jim Hoft and does a post about him traveling to Washington DC. 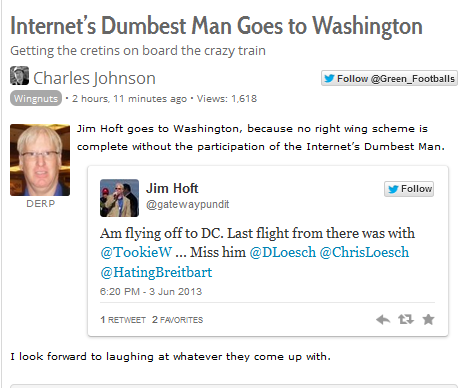 Charles does a post about Jim Hoft traveling to Washington DC. and he he has the nerve to call us Stalkers? This is beyond creepy and a sign Charles needs to be put in a mental ward.

Only behind the fevered forehead of Charles Johnson (nestled in the damp darkness somewhere between his blank black bead-button eyes and his Magical Jazzy Ponytail scrunchie) could this photo be construed as a Pro Nazi Rally, but that’s precisely what he claimed while trying to smear Jim Hoft of Gateway Pundit.  What exactly is Hoft guilty of? Pulling a Breitbart.

Hoft responded to false accusations by the Democratic Senatorial Campaign Committee (DSCC) that Tea Partiers are a bunch of neo-nazis by offering a reward for proof. Jazzy went scooters.

Okay. So radical grampas and grammas and mommies and daddies are neonazis for wanting to prevent the IRS from becoming a US version of Germany’s SS.  Got it.  So what was Hoft’s “Monumental Fail” that Mr.#Rumpswab refers to? An honest clarification of obvious intent, caught by a Wonkette reader. Original version:

Hunh. That’s a “Monumental Fail” according to someone who is notorious for editing and deleting his own words and those of other years after they were posted on LGF,  who claimed he had nothing to do with nicknaming Rachel Corrie “St. Pancake”, who couldn’t identify the State Flags of either Tennessee or Ohio, who can’t tell the difference between a menu board and a laptop, who lied about Brevik’s Manifesto, who honestly claimed Anthony Weiner’s PeniePix as his own, who claimed George Zimmerman wasn’t injured by Trayvon Martin, who supports planting racist comments on rival blogs, who doesn’t know the definition of the word “bogus” or how to pronounce the word “milieu” and who’s been reduced to licking the fetid rump-pus-infections of a blogger known as Wonkette for liberal street cred.

The unspoken insinuation is undeniably clear:
The Tea Party is a radical group comprised of neo-nazis.

I find it a bit odd that Our Pal Charles keeps referring to fellow blogger Jim Hoft as “dumb” without realizing how childish that sounds.

Recently Johnson claimed a “gotcha” for a post on Gateway Pundit titled “Oh, Good Grief… Al Gore Explains Advantages of Sharia Law to Andrea Mitchell (Video).” In his own myopic view, Charles thinks that Hoft bought into the satire as true, even though Hoft (in case anyone whose initials are Charles Johnson missed it) clarified that the vid was a spoof. That wasn’t good enough for Mr. MakeUpABunchaCrapAndStompOnIt.

The linked video was an obvious parody by Sooper Mexican who even described it for the slower lizards: “Parody of an interview of Al Gore by Andrea Mitchell where they discuss his controversial sale of Current-TV to Al-Jazeera.”

Now we don’t need to play a dumb schoolyard name-calling game with Johnson. We don’t need to bring up the Tennessee State Flag, the Ohio State Flag, the Laptop Menuboard, the weiner that owned Charles, the Sarah Palin Shoeshine Hoax, or all the other frauds that Charles fell for and promoted as true without retraction. All we need is to look at the little red worm at the bottom of the current Alexa stats:

Looks like Gateway Pundit’s doing pretty well against El Gusano Rojo, and since Hoft is no threat to Charles, perhaps it’s something else…

Just a coincidence, I’m sure.

Charles Johnson Nailed It – Right into his Little Debbie

“ABC News has posted a police surveillance video, showing George Zimmerman on the night he killed Trayvon Martin — and Zimmerman is very obviously not injured at all. Certainly no broken nose, and no visible injuries to his head, despite the recent claims by police that he was punched in the nose by Trayvon and had his head bashed into the pavement.”

“Autopsy results after the shooting revealed that Trayvon Martin had only two injuries on his body – a fatal gunshot wound and bloody knuckles.

George Zimmerman had a fractured nose, two black eyes and cuts on the back of his head following the incident.”

Brilliant racially-tinged reporting, Chuck. One more scoop of crap on the LGF scoreboard.