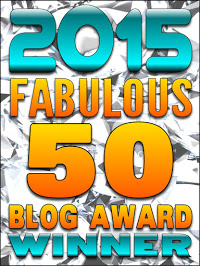 Every year about this time, Doug Ross of Doug Ross @ Journal, a blog run by Doug Ross, holds an Awards Ceremony hosted by Doug Ross, to recobanize the contributions of a variety of bloggers and personalities, and Doug Ross sorts them into different categories. In the waning days of This Glorious Year Of Our Lord it’s no different. While scratching his unmentionable itchy parts, Doug Ross spent an absurd and inordinate amount of time compiling, analyzing and composing his List of Finalists, and it’s only right that we acknowledge the work of Doug Ross – because it’s entirely bitchin’ and awesome.

There’s not much point in cutting and pasting The Entire Doug Ross 2015 Awards List, so we culled out the most important part:

On this auspicious occasion, The Diary of Daedalus graciously accepts The Award on behalf of Charles Johnson and Little Green Footballs, if only because he and they won’t.

P.S. Charles: Your LGF Custom Views Counter still lies, your website is buggy as hell, and your avatar is over a decade old. The old rule of thumb is that a blog is only worth 50% of a year’s advert income, meaning that LGF still sucks big green donkeys. 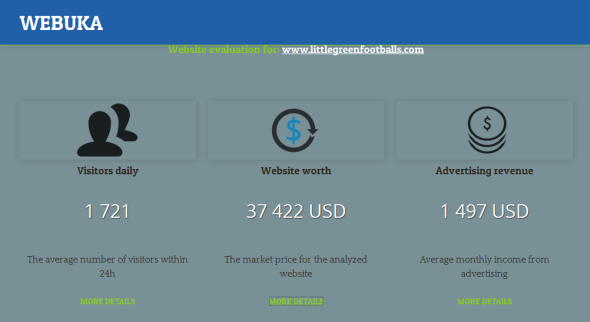 Do the math, Charles, and thank Doug Ross for giving you more attention than you deserve.

A Hearty Welcome to all BlogMockers, Stalkers, TwitterWarriors, Chuckleophiles, Current & Former Lizards and Esteemed Fellows of The Diary of Daedalus! Grab a brew and a big bowl of Cheetos’ cause it’s time for

Pickin’s were slim for Stupor Bowl 2014. Charles Johnson’s website Little Green Footballs has become a homogenous mix of like-minded vaporbrains, answering the right questions with the wrong answers while patting their fuzzy pockmarked behinds with congratulatory updings. This year’s Award Nominees and Poll Results turned up some surprises, so without further adieu, here are the recipients of The 2014 LGF Awards.

The 2014 Buzzsaw Award is hereby presented to Killgore Trout.

Killgore Trout (Recipient of the 2013 Buzzsaw Award) received a whopping 52% of the vote this time around. He’s best known for his dishonest astroturfing of right wing websites in order to gain favor with Charles Johnson, and it worked for a while. Killgore lost his crown due to LGF hive attacks (orchestrated by Iceweasel & Jimmah), his penchant for non-conformity and general contrarian positions on LGF, and especially for his unwavering support for the State of Israel.

The 2014 Irish Rose Award is hereby presented to Stabby

The Irish Rose is not one that most recipients cherish. It acknowledges drooling unrequited love and adulation of Charles Foster Johnson and is reserved for those sycophantic little lizard lappers who remain in good standing at Little Green Footballs by stroking the Big Green Donkey Charles. Many assumed that El Gusano would win again this year, but it wasn’t in the cards for the Argentinian anti-American pro-jihad Johnson-catching Jew hater.

To his credit, Stabby had the cojones (unlike other LGF patrons like Gus_802 or Dark Falcon) to venture past the confines of The Swamp and opine at Diary of Daedalus, and therefore deserves the Award. (We’ve hosed off and disinfected Gus’ stained and encrusted throne, so shut up and have a seat.)

No one ever doubts who’s going to win The Johnson Award because there are so few 60+ year old guitarist bloggers with magical jazzy ponytails who qualify.

The Johnson Award is hereby awarded to Charles Johnson.

Of all the LGF Awards, this one is perhaps the most auspicious (Charles pronounces the word “ouse-picky-use”) because it involves those who smack down The Corpulent Blogger with intelligence, logic, clever wit and humor.

Nick  Searcy [@YesNickSearcy] won with 32% of the vote for his concise and effortless Twitter smackdowns of Charles [@Green_Footballs] Johnson’s kikmidog-style of ankle biting, and  demonstrated the heart, soul, snark and wit required of all recipients of This Award. Therefore

The 2014 Milyo is hereby awarded to

Kudos to all who participated in This Poll, and thanks also to The Corpulent One, whose hyperbolic bloviation and juvenile attention-whoring idiocy has provided us so much inane entertainment over the years.

Charles, PLEASE keep up the stupid. Were it not for your massive ego, your unjustified backstabbing of benefactors and supporters, and your dearth of coherent logic, we wouldn’t be sitting behind you at the Matinee kicking your chair, spitting Milk Duds down your shirt collar and betting on how many wet jujubes your magical jazzy ponytail can hold before they start dropping into your plumber’s crack. Thank you, Charles.

Patriot Of The Year Not Awarded To Charles Johnson

Charles Johnson was not nominated for Patriot of The Year. Instead the Award was bestowed upon one of his esteemed and successful Protégés who is:

–A popular orator and ardent supporter of Israel;
–A recognized figure in the fight against islamist extremism and propaganda;
–Author of the books The Post-American Presidency and Stop the Islamization of America;
–Author of numerous published articles on freedom of speech and the attempts to squelch it;
–The 2010 recipient of the Annie Taylor Award for Courage, presented by The David Horowitz Freedom Center;
–The owner of Atlas Shrugs, a slow-loading website designed/scripted by the Big Lizard himself. 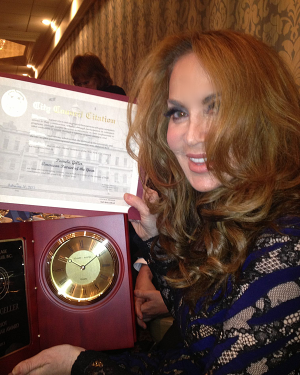 So again, congratulations and thanks to Charles Johnson for introducing us to a deserving recipient of  The Patriot Of The Year Award and for unselfishly supporting Pamela Geller all these years.

Update: ChenZhen notes that Geller gives an appropriate hat tip to her former BlogDaddy in the sidebar of Atlas Shrugs: