Bad Craziness from the top 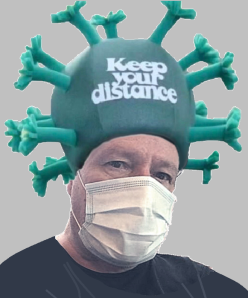 While wading through the LGF Archives for something entirely unrelated, I found this tidbit, and it’s somewhat relevant to current events.

Charles was referring to some people (and Jenny McCarthy in particular) who erroneously believe measles vaccines cause autism in children. Besides having to explain herd immunity to the unwashed lizards, he proves that he doesn’t know diddly about the Dark Ages, and seems to think that vaccines were available in that era.

“Some English historians will say if there is any kind of
‘Dark Ages’ in medieval history, it is during the earliest part of the Middle Ages, right after the fall of Roman power in Britain around the fifth and sixth centuries. Its a period that has few surviving written sources, so we don’t know very much about what happened then.”

That’s the generally accepted definition of “The Dark Ages,” a period in medieval times that have few written records, but you all knew that. I noticed that Charles refers to them often, and usually out of context, so perhaps a visual exhibit might be in order:

Charles, your knowledge of The Dark Ages seems limited to Monty Python movies, so you might want to read up a bit.

Joe Biden was promoting platform censorship and claimed that people died of COVID-19 because of Facebook. Charles is partially correct in that Facebook and others are actively squelching the free flow of information – the exact thing that tyrannical governments have done (and still do). Post anything you like as long as it agrees with The Office of Approved Opinion.

In 2009, Charles attempted satire and failed, yet he was accidentally prescient:

Charles wanted a Facebook account, yet he couldn’t do it. He spent much time castigating others for joining Facebook “groups” that (according to Charles) included neonazis, anti-semites and other unsavory types, and everyone in such a “group” were guilty by association. Robert Spencer joined one such group (either accidentally or due to their deception) and suddenly he became an anti-semite himself. Once Charles discovered that bizarre connection, all of Spencer’s Facebook “friends” became neonazis including Pamela Geller.

Due to his paranoia, Charles could never join Facebook without vetting EVERYONE who connected with him lest he be painted with his own guilt-by-association brush. He has no control – no way to ban anyone, no way to prevent others from reading his blog-pimping unless he kept his posts private. That’s a deal breaker for an attention whore.

Pure obsessive-compulsive paranoia, then and now; Charles Johnson gets a vicarious thrill watching the Censorship Games.

BTW, the LGF groups are still there, Charles. 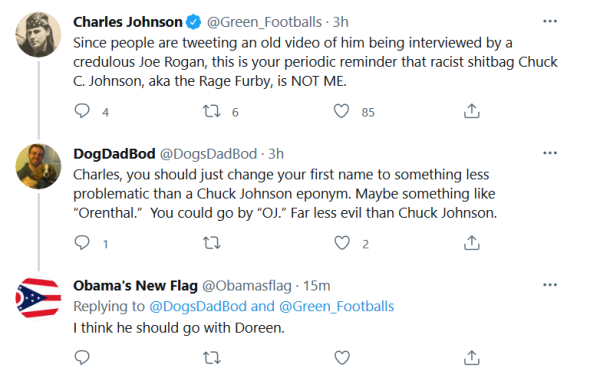 Charles C. Johnson filed a lawsuit against Huffpo and a writer for libel and defamation in January 2020, but prior to that he tweeted this: 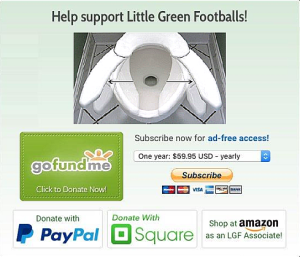 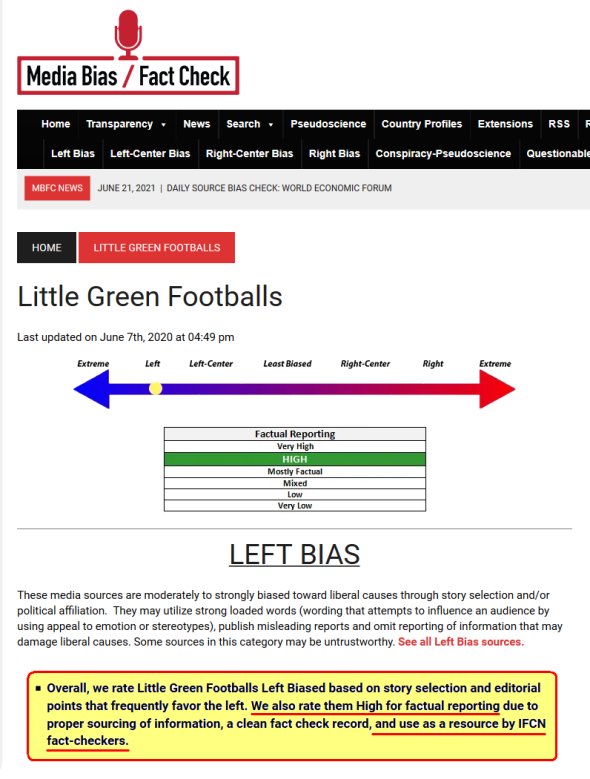