← Hell Froze Over Yesterday.
Charles Johnson: Sean Hannity is a Racist because of Keanu Reeves →

Recently, Charles Johnson added a new blogclogging feature to Little Green Footballs, and apparently the intended results haven’t born fruit. The purpose is to allow the Lizard Lappers to spam Twitter with unfounded inanities in order to appear to be a larger number of imbeciles than they actually are. It’s an automated form of stealth astroturfing.

Well, Charles, we can play the same game. For every Tweet you post, we can post a Tweet that refutes your assertion that an AirCav hat is part of the uniform of the Confederate States of America. We may post a picture of a menuboard, or the State Flag of Tennessee, or your specious claim that Anthony “Carlos Danger” Weiner’s throbbing .jpeg was actually your own. Perhaps we may post something else, so that everyone reads your racist screed against Oliver Willis and your well deserved smackdown. Maybe we’ll just post something innocuous and innocent from Little Green Footballs, like this: 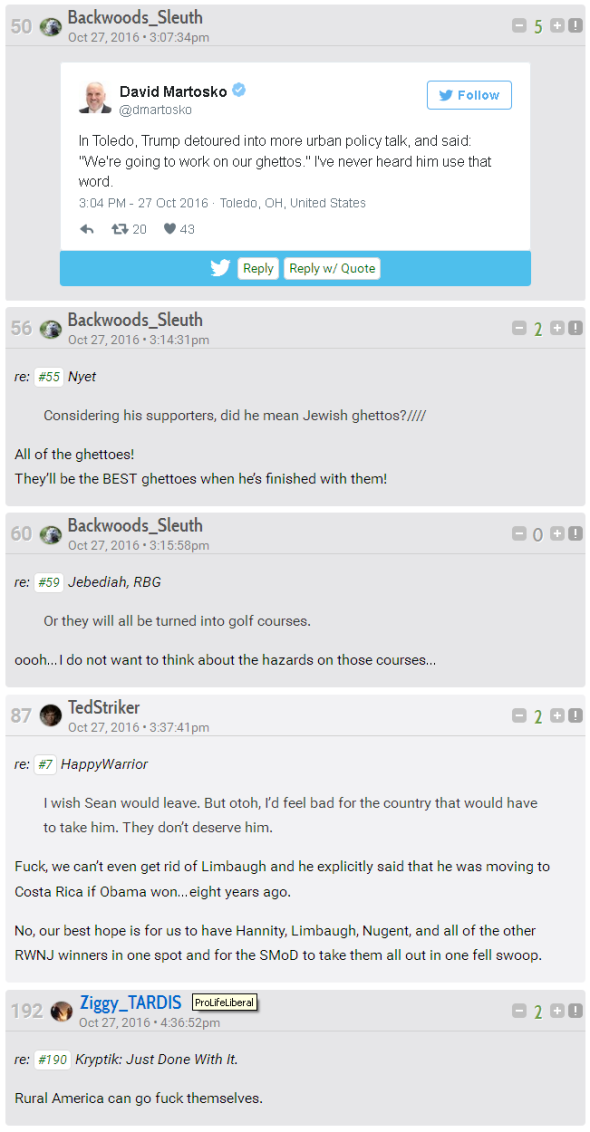 “Rural America can go fuck themselves.” That pretty much sums up Charles Johnson’s Little Green Hate Site these days.