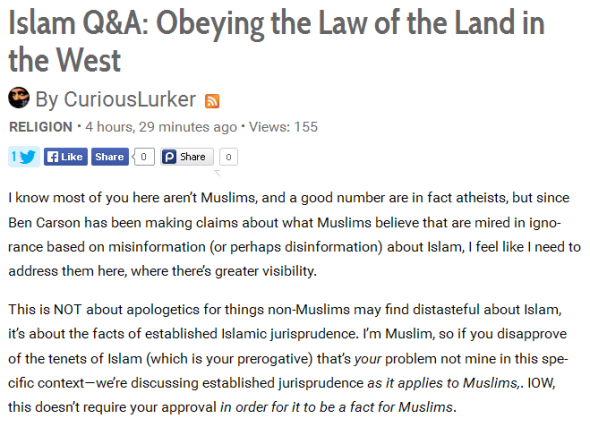 Isn’t it interesting that Muslim Apologists always seem to find pedants to justify, yet contradict, their own scripture? Look at the first paragraph. To paraphrase: “Most of you don’t believe in crap, but Dr. Ben Carson is an ignoramous.” All Dr. Carson did was offer his opinion when asked, and never once did he attempt to define or criticize Islam, despite what Curious Lurker insinuated.

Her second paragraph cements it: “If you disapprove of the tenets of Islam, that’s your problem not mine.”

Well yes and no, missy. When the tenets of Islam allow and encourage muslims to ignore established law and deliberately violate the same under the cloak of shari’a, to enslave women and children, and to kill and maim with impunity, then we have a problem.

Curious Lurker proceeded with some cut ‘n paste, adding her own bold and italics highlights: 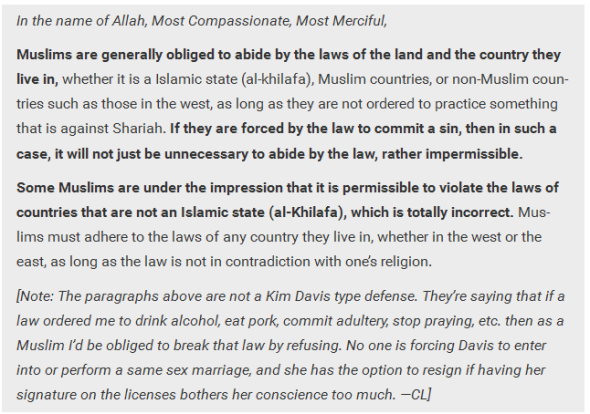 No contradiction there, but she’s got a problem with a woman she’s never met. Then there’s that strawman law that will compel Curious Lurker to submit to daily inspections to make sure she shaved her unibrow, pits, legs and upper lip while forcing her to guzzle more Coors Light than a high school surfer on a 3-day suspension. No law forces anyone to do that (at least not in this country). 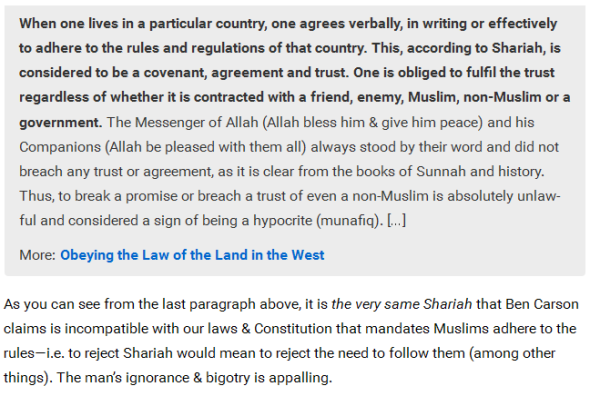 Yeah. No contradictions. Follow the law of the land unless you don’t want to, and a brain surgeon is a bigot because he doesn’t agree.  Pheeew.

Now go shave your upper lip, enjoy some pork ribs, pound down a few brewskis and drop your own thinly veiled racist bigotry.

Or you can move to… well, you know.